Among many magnificent natural sites, Nguyen Trung Truc monument is one of the rare historical and cultural sites in Phu Quoc island where you should spend a short time to visit.

Nguyen Trung Truc is a national hero born in Kien Giang province in the south of Vietnam. He was a fisherman before leading village forces to fight against French colonial forces in the Mekong Delta in the late of the 19th century. 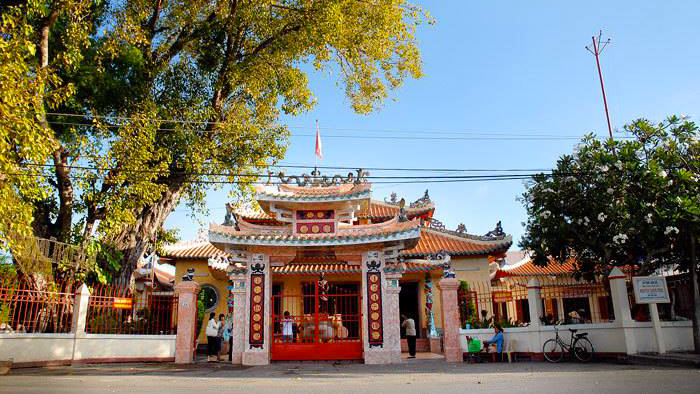 In 1861, the resistance leaders in Go Cong delegated to travel to Bien Hoa to seek permission from the Nguyen dynasty which aimed to turn around the situation because the French army was concentrating numerous soldiers to control the invaded land. The French was aware of his activities, and called him as a “likable and intelligent man”.

The Nhat Tao canal connected two branches of the Vam Co River. The French often used Vam Co to travel between the town of My Tho and Gia Dinh-Cho Lon which as two main cities and business hubs in the south of Vietnam. The Nhat Tao canal became the rice transport way of the French from My Tho to Gia Dinh, they ordered to build three military outposts along the canal.

Knowing that the ship of L’Esperance started at midday at Nhat Tao village which is 10 km from the southwest of Tan An, Nguyen Trung Truc was the leader of 150 men which was divided into three groups to operate an attack this ship in the Nhat Tao canal. The first group of 61 men under the leading of Hoang Khac Nhuong was attacking a nearby pro-French village to provoke and lure the French forces. The second group including 59 men under the leading of Vo Van Quang took a mission to burn and sink the vessel. The last group was to impede any French reinforcements and help in the attack on the vessel. 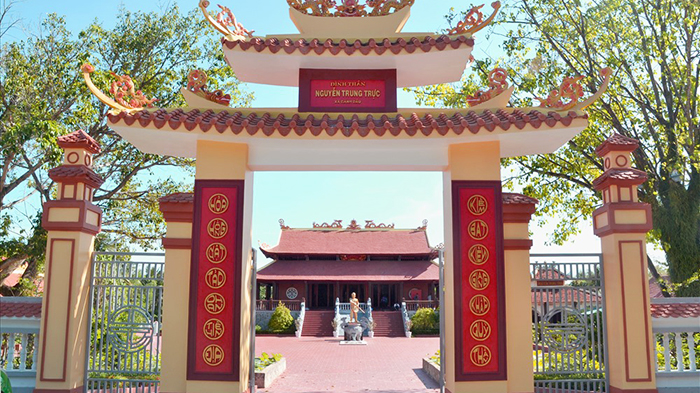 The entrance to the temple

The attack gained the victory, it gave Vietnamese people the belief that they could fight against naval forces. The sinking of the vessel earned the praise of Emperor Tu Duc and this prompted the emperor to promote Nguyen Trung Truc to be the chief of Ha Tien province.

In 1868, Nguyen Trung Truc attacked the French fortress at Kien Giang, killing the French installed provincial chief and 30 French soldiers. In order to capture his strongholds, the French took his mother hostage and regained control of the fort and captured Nguyen Trung Truc, executing him on October 27, 1868.

Nguyen Trung Truc monument is near to Ganh Dau in the north of Phu Quoc island, it is dedicated to memorize and worship the national hero of Nguyen Trung Truc and his revolutionary warriors, who courageously fought the French occupation by employing guerilla warfare methods against the colonial power. Their greatest coup was the sinking of the French warship in 1861. 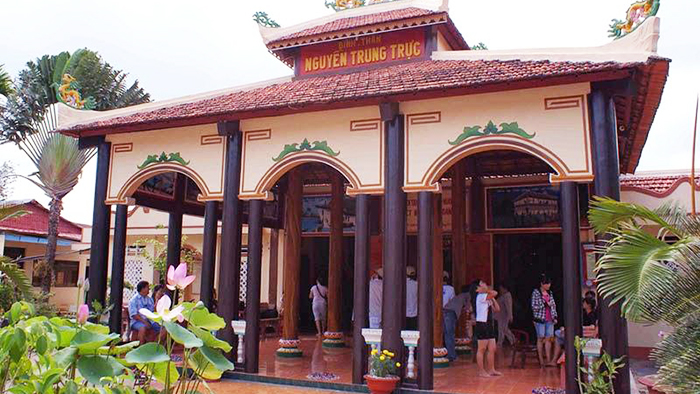 In the end, Nguyen Trung Truc was captured and executed in Phu Quoc prison. People built up a monument to memorize him. Each year, there are many people in both tourists and local people attending here on the anniversary of his death to join in his festival and burn incense to pray for Nguyen Trung Truc.

What to explore in Nguyen Trung Truc monument

The first structure was simply built to be a small one with a thatched roof, over the years people rebuilt and expanded it to be bigger and more eye-catching. In the center of the structure, you can see a portrait of the national hero Nguyen Trung Truc on an altar. Visiting the monument, you will have a chance to admire the architecture of the monument and read the great contributions of Nguyen Trung Truc to the independence of Vietnam. Although the scale of the structure is not the biggest and most beautiful in Phu Quoc as well as Kien Giang province, it has special things for you to visit on this island, especially after you visiting Phu Quoc prison.

How to get to Nguyen Trung Truc monument

From Duong Dong town, you can drive back to the north of Phu Quoc island. Off the bustling town, you will go to a little red dirt road through the small peaceful villages. Then, meeting the Phu Quoc national park, continuing to go forward to the northwest, you will come to Ganh Dau. The Nguyen Trung Truc monument is located in Ganh Dau area. Besides that, tourists can also choose the western route from Rach Tram to Ganh Dau via the sea route. It gives you such a different feeling. 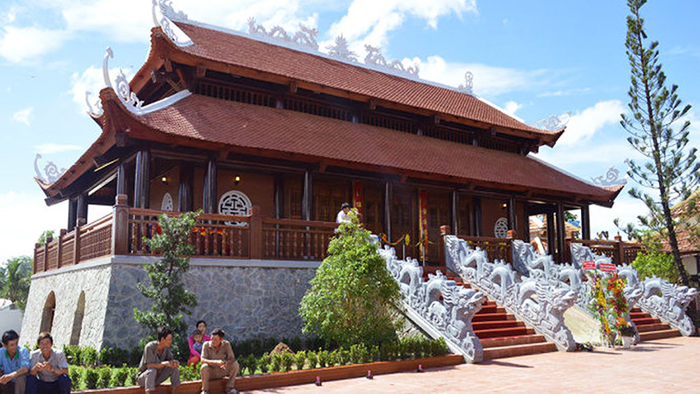 The monument has attracted a lot of visitors in Phu Quoc

The story of the national hero Nguyen Trung Truc has been told the youngers and tourists for generations to remind the value of the independence as well as the unbroken spirit of Vietnamese people against the enemy. If you have any questions about this destination, please contact us. Thank you!